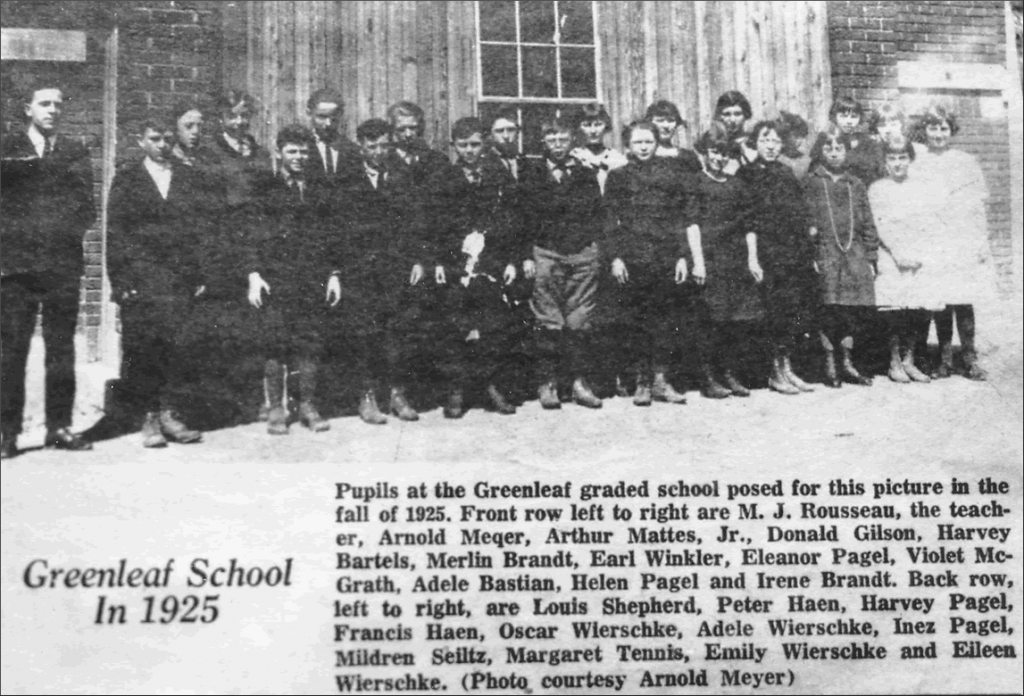 Along with Hoel S. Wright and Carl G. Mueller, Charles West Day should be considered an early pioneer of southern Brown County. His parents, Otis and Elmira (Scribner) Day emigrated from New York State to Wisconsin in 1849. Traveling from Buffalo via the Great Lakes to Manitowoc and thence to Green Bay, the Days and their three children reached Wrightstown in January 1850. They traveled the old military trail, frequently stopping to clear a path for the passage of their team.

Otis Day purchased 80 acres of land from Lucien Wright and his father Hoel S. Wright and built a cabin of basswood boughs. Often young Charles was sent to De Pere for supplies, at times through knee-deep snow. On one occasion he returned to find that his 7-year-old sister, Frances, had died.

In the 1850s and 1860s the entire region was covered by dense timber and a great deal of effort was needed to clear land for planting. The Day family made shingles by hand that were hauled by ox team into De Pere - each load bringing 75 cents.

As the timber was felled, an axe was used to make incisions into the soil into which seed corn was dropped. In time good crops were produced making for a more comfortable standard of living.

Charles West Day married Juliette Chase in July 3, 1860. Her parents were New Englanders but had moved to De Pere and later to Wrightstown. Charles and Juliette had seven children; two died in infancy.

Charles continued in the lumber industry, buying thousands of acres of timberland that he resold to the immigrants who were flocking to Brown County. Ultimately he retained about 500 acres of which 400 were cultivated.

On the original family homestead site Otis Day had constructed a water mill. Charles converted the mill into a steam-powered mill for the processing lumber being logged off the land. In 1873 he constructed a new mill, 25 by 90 feet with an engine house, 16 by 50 feet, which turned out 15,000 feet of lumber, 35,000 shingles and 6,000 laths per day. The community that formed around the mill was, naturally, referred to as Day’s Mill. The name would be short-lived.

In 1873 the Milwaukee and Northern Railway purchased 40 acres of land in what is described as the southeast quarter of Section 5, Town 21, Range 21 for the expansion of the railroad northward to Green Bay, building a depot and water tank. The remaining land was platted for building purposes. The new community was officially established on Oct 10, 1973.

To honor the general manager of the railroad, the village’s name was changed from Day’s Mill to Greenleaf. The streets too are named for railroad executives: Crippen for the general superintendent, Tainter for the secretary, Follett for the general ticket agent and Benzenberg for the engineer. The other names are Klaus, Deuster and Day.

Charles West Day moved to De Pere in 1884 but continued his business interests in Greenleaf. He represented the district in the state senate from 1886 to 1890. Ill health forced him to sell his business interests in Greenleaf and part of his real estate holdings in 1905. He died in March 1906 and with his wife is buried in the Greenleaf cemetery - high on the ledge - overlooking that portion of the Fox Valley that he had done so much to develop. And that portion of Highway 96 running from Wrightstown to Greenleaf is called Day Street.

Research assistance and materials were provided by Faye Wierschke, De Pere, and her late husband Ron.

If you have a historical story or picture you would like featured, please contact Donna Martzahl  at tcmartzahl@centurytel.net 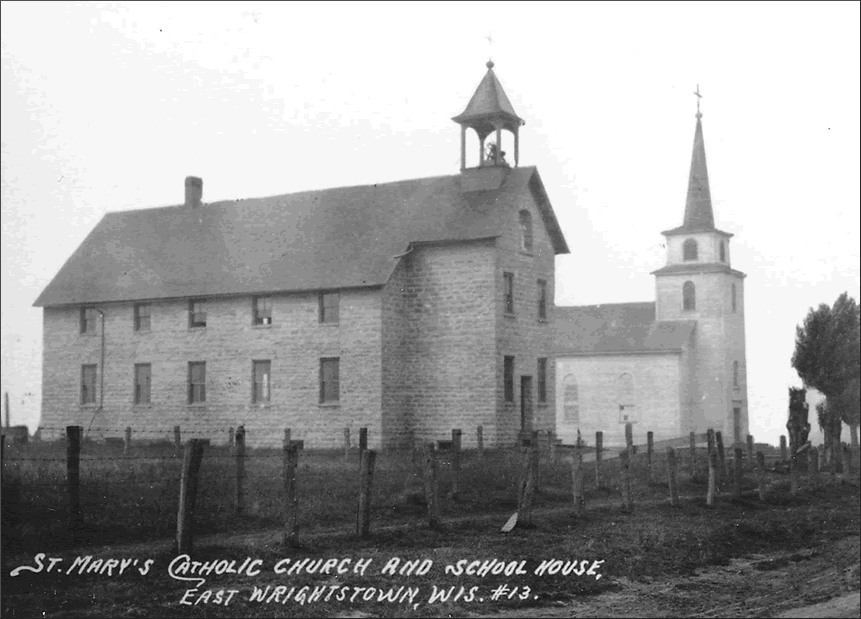